A Billionaire’s Ransom Series, the second work of the talented author Eze King Eke, is a thrilling action-adventure-romance novel series made up of three very interesting novels.

The first and second books of the series were originally published under the title Dirty Diamonds of Boko Haram, but according to the author, that had to change on the completion of the third book of the series when the whole story abruptly took on a new twist in his mind. Now here we have a story by an author who actually follows his mind and what a story!

This story is simply amzing. It’s action from the first page to the last – Godwin Ian (Facebook fan)

A Billionaire’s Ransom Series is authored by Eze King Eke, a talented new author who is regarded in some circles, including among Kingbooks club members, as the new Tom Clancy and Stephen King of this time. Why so? Well, when it comes to writing style, military action novels, and dark fantasy and adventure, he has a way of ‘capturing the mind and killing it‘ in the same kind of way those three eternally famous American authors do. Another thing is his writing style which many have liked to that of James Harly Chase, another bestselling American author. Eze king Eke writes his book in simple American English and writes as if he is there where all is happening. He puts the reader right there, watching it all unfold, and the person kind of gets confused as to whether he or she is reading a fiction novel or just watching a real life movie. Little wonder this series of his enjoy a bestselling status on any bookstore it has been discovered by lovers of action and adventure stories.

This story is packed full of interesting and very realistic characters, some of which come and go as the story progresses. The major characters are as follows. the cunning and highly skilled Special Forces Luitenant Alex Okoye, the criminally minded billionaire business tycoon Alhaji Mustapha Usaman, and the extremely dangerous top terrorist Commanders and an Islamic State agent, an Arab called El Soldat. Right in their middle is the stubborn but very lovely Aisha Usman, heiress to a vast fortune and niece to billionaire Alhaji Mustapha Usaman.

It all began with the murder of an international diamond smuggler and merchant in a tiny village somewhere in the remote regions of the mighty Sahara Desert were no law or civilization exists and violence is king. He leaves behind, in the civilized world, a vast legitimate fortune with his greedy brother, Alhaji Mustapha Usaman, in joint control with his wife and his young daughter is heiress to everything.

The heiress, desperate to find her beloved father, travels to a city on the edge of the Sahara Desert in the war-torn region of Northern Nigeria where he was last seen. She promptly goes missing and all her bodyguards turn up dead. A ransom demand soon get to her family and behind it is the deadly Islamic terrorists’ sect, Boko Haram, which is at war with three West African nations. They have to deal with one of the sect’s deadliest commanders, an Arab, a man with a trail of dead bodies stretching across two continents.

Even with the ransom, the family still needs a team of negotiators to meet the terrorists in their own territory… a war zone. Using powerful political connections, they approach the army for a special team of soldiers.

Enters tough Special Forces Luitenant Alex Okoye and his team. The military intelligence also get involved and so do other poerful people with hidden agendas. It was disaster from the beginning and then came the big ambush.

That my gentle heartbeat increased at this point says a lot about the writing of the author.

Special Forces Luitenant Alex Okoye, the only survivor of that ambush deep in enemy territory, pursues the terrorists into their stronghold, the vast forest known as Sambisa Forest. His mind was mw consumed with the girl’s beauty and the dangers she faced in the hands of the terrorists.

Now an unstoppable force, he fought alone to rescue the girl and then took her back to her mother and an army of bodyguards. His job was done or so Alex thought until the terrorists came for her again and more enemies showed up

Alex is re-hired. He becomes her last line of defense against the many powerful enemies and it became a war. At the heart of everything is a suitcase containing a billionaire’s ransom in uncut natural diamonds hidden away somewhere in the desolate wastelands of the mighty Sahara Desert.

That connection between Alex and the beautiful heiress gives rise to one of the most interesting romance stories I have ever read. The action is there from beginning to end. The adventure is everywhere, from the remote Sahara Desert to wartorn cites and luxury capitals. The crime, the betrayal, the greed, the ruthlessness, the sex, the sin and the money, the terrorism, the military action, and espionage, all these make this book hard to put down. There is simply no chance of boredom here as is the case with some books where I end up jumping entire chapters.

Did I mention the author has a way with words? He even has a way of injecting educative information, historical facts, and events, into the story? A Billionaire’s Ransom series are more than just your normal novels.

If you are a reader that loves quality books that tell a whole lot of truth about the horrors of our world in entertaining ways, if you wish to know exactly what it’s like to come up against deadly Islamic terrorists, live in lawless wartorn regions, and face the power of criminally minded billionaires, then this book is for you.

Perhaps you just love powerful military action and adventure novels with a good twist of romance, this book is just perfect for you. As you read, at no point in time will you be bored.

Note: Part 2 and 3 of this series are really where the action and heat is.

This story, part 1, was first made public on a forum in 2016 as a first draft titled Dirty diamonds of Boko Haram.

Even unedited as it was, this story still generated a lot of glowing reviews. And this was what led to the completion of the series 2 years later and the emergence of the author into the field of professional writing. Today, A Billioniare’s Ransom Series is on sale on all major bookstores in the world.

The first Part of this Book, running into 14 chapters, can be read for free here on Kingreads. Follow the link below.
Start Reading: A BILLIONAIRE’S RANSOM PART 1
To download the complete series PART 1, 2 & 3, please follow the links below to your bookstore of choice. Of note is that apart from part 1,  the other books of A Billionaire’s Ransom series are not free.

Readers in Africa may purchase this book on Okadabooks. Please visit the author’s Okadabooks author page to find all his books in one place.
If you want these books sent to your email directly by Kingreads and can make payment to a GTbank account please Contact Us.

For other readers around the world, there are multiple opinions. This series is available on all major bookstores such as Nook, Kobo, Apple iBooks, Barnes & Noble, etc. Just follow the Universal links given below to find this book on your favorite bookstore. (Amazon readers skip this section and move to the next)

Below Are Individual Universal Links To Each Book In the Series

Get each book at your favorite bookstore with just a click on the titles above! 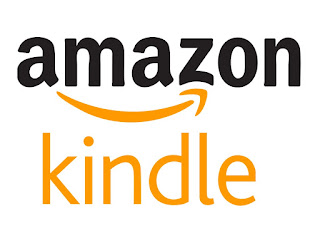 On Amazon, each book of this novel series, both digital and paperback version, has a unique ASIN number with which it can be found on all Amazon sales platforms worldwide.

Below are direct links and ASINs of the different versions of each book in this series.

The links should redirect you to the Amazon sales platform in your locality. If it does not, then just copy the ASIN number of the particular book you want, paste it into the search bar on your local Amazon platform and hit search. To learn more about this speical search pprocess read this artilce: How To Search For Items On Amazon

That’s about it. If you have any problems getting this book(s) online, Contact Us.

N.B. You can request direct delivery of the book by email this way.

Unmasking and Defeating Demons: 150 Questions and Answers About Demons and Evil spirits

17 Beautiful Countries of the World That Hate Visitors and Tourists