The Bermuda Triangle: An Endless Mystery Of Missing Ships and Planes – continued…
A few days ago, we featured an article an ongoing massive hunt by the United States Coast Guard for a private plane with four passengers aboard which mysteriously vanished into thin air over the high seas south of Florida, USA. We described this region as a place notorious for mysteriously missing ships and planes, a phenomenon that had been going on for over 100 years.
Today, I will tell you a short story packed with mysteries about how this region, the Bermuda Triangle, got it reputation – I have already explained how it got its name and defined a particular parameter in the previous article. Bear one thing in mind though, this is a true-life story based on facts gotten from the US military. missing ships
Read on …….
.
The Bermuda Triangle: An Endless Mystery Of Missing Ships and Planes
It was December 5th 1945 and the second world war which had torn the nations apart on all continents was over. The United States of America was at peace now, and so was Europe.
The US military had decided that it would not make the same mistake it had made earlier before the war – remaining a sleeping beast that took months to awaken to a fight – and so it was restructuring itself as a latent war machine that could strike at short notice. missing ships
Most of its secure airbases were being used as high-level training grounds and one of such was a top-level US Naval base at Fort Lauderdale on the southeast coast of Florida. It had big airfields and state-of-the-art planes…this was where the US Navy trained some of the best pilots in the world.
It was about two o’clock in the afternoon and the sun in the cloudless sky over the airfields of Fort Lauderdale military base was hot, still, training went on with planes taking off at intervals and men in full battle gear running around in groups as they performed endless drills. missing ships
At precisely 2 pm that afternoon, five Grumman Bomber planes took off from the airfield for a routine training flight.  The weather was clear as the five aircraft climbed steeply into the sky and headed south over the seas, disappearing into the distance.
This was just another one of hundreds of such training flights and no one was worried at all. But something terrible was about to happen. missing ships
A while after the planes had taken off from the base, the pilots all radioed back that every one of their instruments were malfunctioning…. their gyro-compass were all going crazy!
Two hours after take-off, all contacts with all five aircraft were lost. missing ships 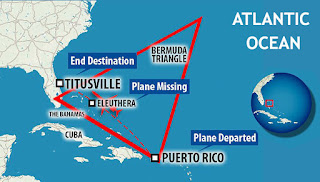 Suspecting foul play, the base immediately dispatched a swift Martin Bomber to search for the five missing planes. Within 20 minutes, all radio contacts with the Martin Bomber was lost too. No traces of any of these planes were ever found, not a single piece of debris or wreckage anywhere on the high seas or the islands that dot the region (one of which is the tiny Island of Bermuda). In all, 6 planes and 27 men vanished into thin air. missing ships
This terrible disaster added a new term to the English language – the Bermuda triangle. This was the precise area of the North Atlantic Ocean where the six planes vanished. And thus was proven the age-old fears of seafaring mariners and sailors — there was indeed something mysterious about the seas.
This incident was by no means the last of its kind….more was to come!
READ NEXT EPISODE OF THIS ARTICLE
THE 100-YEAR-OLD MYSTERY OF THE BERMUDA TRIANGLE EXPLAINED
The Bermuda Triangle: An Endless Mystery Of Missing Ships and Planes

How To Write A book Wonderfully: 10 Tips

The Den Of Witch Doctors: The Escape