She: A History Of Adventure, is a thrilling novel by H. Rider Haggard published in 1887.

The story, which is in the first-person narrative, sees three Englishmen journey into the interior of prehistoric Africa, where they discover a lost kingdom of cave dwellers ruled over by a mysterious white queen with magical powers who is the all-powerful “She-who-must-be-obeyed” or simply “She”. One of the strangest love stories you will ever read is found in this book.

This novel takes its place here with a sales figure of 83 million copies.

15. The Lion, The Witch The Wardrobe

The Lion, The Witch The Wardrobe, by CS Lewis. The title alone should give all lovers of children’s books an alert!

It is the middle of World War II and the bombing of London is in full force. Four English siblings get sent off to a country house for safety, but there, they discover a magical wardrobe that transports them to a magical world where they meet a magical lion battling a powerful witch.

This book has sold 85 million copies.

The Da Vinci Code, written by Dan Brown is another thrilling mystery novel on the list.

A murder in a French museum and mysterious clues in some of the famous paintings of Leonardo da Vinci leads to the discovery of a 2000-year-old religious mystery that is closely guarded by a secret society. The information could rock the foundations of Christianity if let out.

This book has sold 80 million copies.

The Catcher In The Rye, a novel by JD Salinger, is especially for teens. The narrator is a half-crazy 16-year-old boy named Holden Caulfield in the setting of the 1950s USA. From failing prep school 4 times, expulsion and running away from home to roaming the streets and brushes with sex, then, finally, a mental institution, that’s what he talks about. It may sound boring, but this novel has sold 65 million copies.

18. The Adventures of Sherlock Holmes

The Adventures of Sherlock Holmes, by Arthur Conan Doyle, is the #1 bestselling detective novel of all time.

A man is murdered and his son is jailed for the crime. His fiance is the only one who believes in his innocence and hires the best detective to dig up the truth. Enters Sherlock Holmes and Dr. Watson, who travel to Herefordshire to assist Scotland Yard to solve the impossible case.

19. Twenty Thousand Leagues Under The Sea

This book was written by Jules Verne in 1870, the first real science fiction novel. It’s about the adventures of three men, Professor Aronnax, his personal servant Conseil, and Ned Land aboard the mysterious vessel, the Nautilus. A submarine with technology better than anything our world can build presently in the 21st century.

The novels are both bestsellers and award winners, but the author never lived to complete the series. Of the 10 installments planned, only 3 were ever completed and published before his death in 2004.

This book makes it to the list of the best books of all time with a total number of copies sold: 50 million.

Another children’s book makes the cut,Watership Down by Richard Adams.

After getting a prophetic vision about the impending doom of his clan, a young rabbit persuades seven other kin-rabbits to leave with him and search of a new home. The group goes through difficult trials on their journey to a hill called Watership Down. But when they finally get there, it’s just more trouble.

This story has an emotional bearing that often affects kids deeply and this has seen it sell over 50 million copies.

The Odyssey, by Homer, is an epic Greek poem turned novel.

It is ten years since the fall of Troy and Greek hero King Odysseus is still to return to his kingdom, Ithaca. Believing Odysseus was dead, a band of rowdy suitors descended on his palace and his queen in a bid to take them over. Odysseus soon passes his trials by the gods in strange lands and is allowed to go home. On his return, it is vengeance against all.

This book has sold more than 45 million copies.

The Very Hungry Caterpillar, a book for smart young thinkers by Eric Carle.

The story is about a young caterpillar that goes eating so much he gets sick and turns into a big butterfly. Eric Carle then digs into the relationship between that young Caterpillar and the insatiable greed of modern society.

This book comes in with a sales figure of 30 million copies.

24. To Kill A Mockingbird

To Kill A Mockingbird by Harper Lee.

This story is narrated by a rebellious little girl living in a small town in Alabama, U.S.A during the Great Depression of the 1930s. It’s about her family, judgment, justice, and racism, all connected to a strange event that rocked the town.

This book has sold 30 million copies.

The story revolves around the life of a petulant young lady living on a sprawling plantation; her survival through the terrible times that prevailed in the South during the American Civil War and then the Reconstruction. Embedded in is a love story.

This book has sold over 30 million copies.

Living and working under a tyrannical government see a man loses his identity. His job for the government is to rewrite history in a way that portrays the leaders of his fictional country in a charitable light. When he starts an affair with a lovely woman, some lawmakers frown and he must bear the consequence.

This story may seem boring to you, but it’s one of the best selling books of all time and has sold over 25 million copies.

The Great Gatsby, a novel by F Scott Fitzgerald.

A powerful story of impossible love, dreams, pain, and tragedy, woven around the life of a man who came to New York in the 1920s in search of the American dream and gets involved with a group of wealthy people.

This book comes in at 27th with over 25 million copies sold.

28. The Adventures Of Huckleberry Finn

The Adventures Of Huckleberry Finn, published in the United States on February 18, 1885, by author Mark Twain, is a book with two faces or fronts.

On one front, it is the fascinating story of a white boy and a runaway black slave floating down the Mississippi River. But a deeper analysis shows that the book is a clear confrontation of racism and slavery. Either way, it has sold over 20 million copies.

Anderson’s Fairy Tales, by Hans Christian Anderson. This is yet another children’s book on the list and it’s a collection of plots not a single plot.

It teaches children about the deeper path of life. We live, we work hard and succeed, but we can die at any time. This is the pattern of the characters in the different plots, they are people, flowers, trees, animals and things that all talk to each other and later die. This may sound boring, but this book has sold over 20 million copies.

Pride And Prejudice, a novel by British author Jane Austen.

Humor, romance, and life all rolled into one good story about some English upper-class folks who lived during the Georgian era (1714-1837). Set in Hartfordshire, England, the story revolves around the Bennet family and their 5 lovely daughters.

Robinson Crusoe, a novel by Daniel Defoe tells of the astonishing adventures of young man in the days when the world was young.

Robinson Crusoe, a British seaman from York, hungry for the economic benefits of the slave trade, embarks on a journey to West Africa to gather slaves cheaply. He ends up shipwrecked somewhere off the South American coast, the sole survivor of the ship and spends 28 years alone on an uninhabited island.

The book has sold over 9 million copies worldwide.

Takeaways: The Best Books of All Time

The list of 31 Best Books Of All Time is now complete. These books are referred to as classics and have their own section in bookstores.

Now you understand why you never find some of these books on the bestseller lists of modern bookstores. Some have been rebranded while others are so popular, the levels at which they are being pirated is so high. You’ll most likely find them listed in the public domain works section rather than the bestsellers section.

Feel free to share this article with friends and other book lovers on social media using the share buttons below. And do drop a comment to let us know what you think.

Have you been on the lookout for good Amazon kindle unlimited books to read? Search no more! In this article, we've provided some interesting books...
Read more
Books

Are you a believer in the Word? If yes, here are 4 important Christian books you must read before the year is over. Not...
Read more
Books

Yes, you read the title correctly and that's exactly what you'll get - 10 of the Best Health Books To Read about how to...
Read more 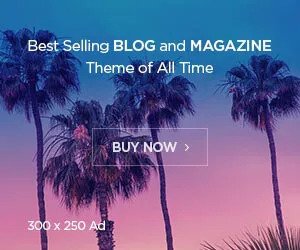